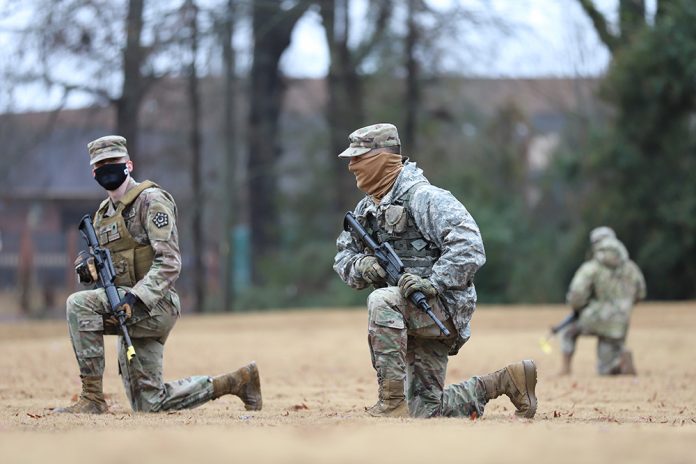 ROTC cadets in the Scottish Highlander Battalion, representing Lander University, Presbyterian College and Newberry College, practice maneuvering formations during a Leadership Laboratory on Feb. 18 at Lander’s campus in Greenwood. The goal of the training exercise was to develop the tactical skills of the cadets, and prepare them to lead and fight with a platoon as future U.S. Army officers. Lander cadet, Brian Murphy (not pictured), is the highest ranking cadet in the battalion, and serves as the Cadet Battalion Commander. CDT Murphy was responsible for the overall organization of the training exercise which included rifle maneuvers using mock, simulated weapons known as “rubber ducks,” that are not capable of firing, but simulate the look and feel of actual service weapons.