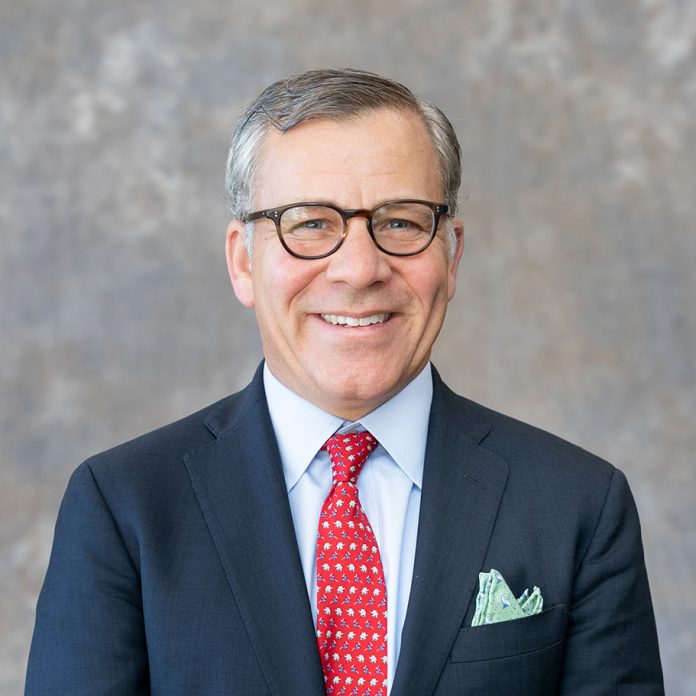 The Council for Support and Advancement of Education (CASE) has tapped Lander University’s Mike Worley to serve in a key leadership position.

Worley, Lander’s vice president for University Advancement and executive director of The Lander Foundation, has been named to the CASE District III Cabinet, which comprises colleges and universities throughout the Southeast. He is the first person from Lander to be appointed to a CASE national leadership position. The two-year appointment begins July 1.

“CASE is the leading professional association for higher education professionals who are dedicated to promoting their institutions through fundraising, marketing, alumni relations and communications efforts,” Cosentino said.

“We are proud that Mike will represent Lander in his work with CASE, which represents colleges and universities in the United States and other educational institutions and nonprofit organizations in 82 countries,” he said. “His leadership at Lander has enabled us to develop innovative and modern programs to advance our University.”

Steve Wohlwend, who serves on the Board of Directors for both The Lander Foundation and the Lander Alumni Association, concurred with Cosentino. “Mike is a national voice on important issues related to fundraising and advancement because of his impressive experience and his visionary outlook.”

Citing recent national podcasts in which Worley has been featured, Wohlwend said, “Mike’s appointment is further evidence that he is elevating Lander on a national level, and I think raising our presence at CASE will give us more regional and national credibility as an up-and-coming university.”

Worley, a native of New Albany, Ohio, joined Lander in November 2018 as the University’s chief fundraiser.

In his first year at Lander, the University experienced record fundraising. That record of success continues. “In spite of the COVID-19 pandemic, Lander already is more than 15 percent ahead of fundraising efforts over this time last year,” he said. “We are grateful to our alumni, University friends and other donors who are generously supporting the future of Lander.”

Worley earned a bachelor’s degree in Sport Sciences and a master’s degree in Athletic Administration from Ohio University. His extensive experience with CASE includes service on numerous committees and groups, such as the District V Conference Committee. He is the recipient of several CASE Faculty Star awards.

Working with CASE is an asset professionally and personally, Worley said.

“CASE is the pre-eminent organization in our industry. I am passionate about giving back to my profession and helping others excel in their careers,” he said. “I also see the impact that individual philanthropy has in transforming lives by the opportunities afforded people through higher education.”

Jennifer Heisey, a CASE US/Canada Council member who volunteered with Worley for CASE District 5 programs, said, “I am thrilled to hear that someone with the combination of Mike’s extensive experience in University Advancement and his passionate commitment to volunteerism has been invited to serve on the CASE III Cabinet. This is a big win for CASE.”

Heisey, of The University of Cincinnati Foundation and Alumni Association, praised Worley for his commitment to service. “When Mike commits to something, he truly puts his whole heart into it and brings energy, enthusiasm and selflessness like few others. Mike’s personal and professional values align with CASE – bold, agile and innovative.”

Ralph Amos, the assistant vice president for Alumni Relations and executive director of the Alumni Association at Caltech, worked with Worley at Ohio University. He praised Worley for his critical thinking skills and ability to connect with people across all cultures. “He is a global citizen,” Amos said.

Worley’s experience as a college coach, combined with his professional experience in alumni relations, marketing, communications and fundraising, gives him “a comprehensive portfolio of skills.”

Amos said, “His appointment to CASE will be a very useful and contemporary voice for the district.”

CASE is undergoing significant growth and outreach efforts through an ambitious five-year plan, Reimagining CASE. “I look forward to being part of these changes as CASE strengthens and expands its national and global initiatives for the Southeast and nation,” Worley said.