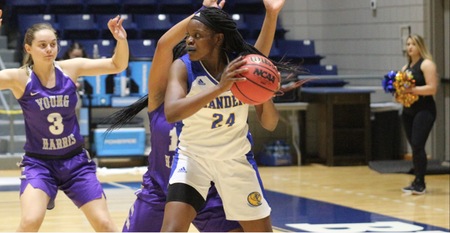 A second-team all-Peach Belt Conference selection, Dailey led the Bearcats with 15.6 points and 7.0 rebounds per game. She finished second in the conference and fourth nationally in field-goal percentage, while ranking in the top-eight in 10 diferent statistical categories across the conference.

Dailey earned four PBC Player of the Week honors in 2019-20, the most ever by a Lander women’s basketball player. Over the first 10 games of 2020, Dailey shot over 61.0 percent from the floor in nine contests.

She surpassed the 1,000-point mark in her career with a 24-point performance against Columbus State in the PBC Tournament semifinals. The Augusta, Ga., native averaged 15.3 points per game in nine games against teams that made the NCAA Tournament.