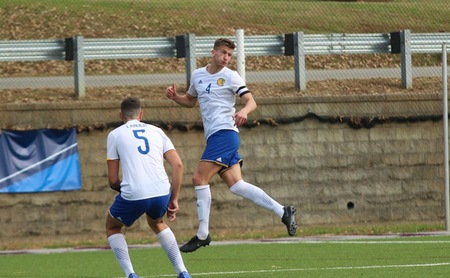 After helping lead the Lander men’s soccer team to its first NCAA Southeast Region championship since 2005, Jordan Skelton earned his second All-American accolade of the postseason as the United Soccer Coaches tabbed him as a first-team All-American.

A defender from Newcastle, England, Skelton netted eight goals and accumulated 17 points on the season. As a member of the Bearcat defense, Skelton helped Lander allowed just 0.43 goals per match as Lander shut out 16 opponents. The Bearcats allowed one goal over their final 10 matches of the season.

During his career, Skelton has been a three-time first-team All-Peach Belt Conference selection, a three-time D2CCA and United Soccer Coaches All-Southeast Region selection, and a two-time All-American honoree by D2CCA and the United Soccer Coaches. He has been named the PBC’s Defender of the Week eight times, a conference record, and the league’s Player of the Week once.

Lander finished the season with a 16-2-3 record, the third Southeast Region title in program history and a berth in the NCAA Tournament quarterfinals.