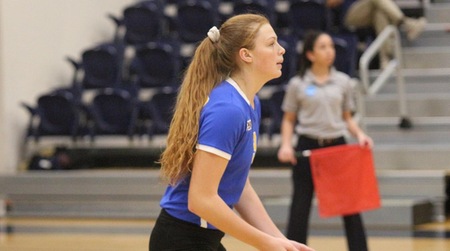 Krafka honored as AVCA Southeast Region Freshman of the Year:

Krafka put together a stellar freshman campaign, recording a program-record 440 kills, the most in the Peach Belt Conference and most of any freshman in the country. Her average of 4.23 kills per set also lead the conference. She finished the year with 478.5 points on the season and 4.6 points per set, second-most in the league. The freshman also posted 347 digs and 3.34 digs per set, both placing her in the top-10 in the PBC.

Krafka tallied 16 double-doubles on the season, highlighted by 21 kills and 26 digs in a win over Francis Marion. The Bearcats went 13-3 in matches where Krafka finished with a double-double. Krafka raised her game in conference matches, averaging 4.51 kills and 5.0 points per set against Peach Belt Conference opponents.