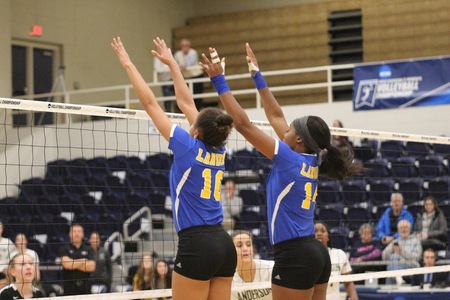 The fifth-seeded Lander volleyball team saw its season end on Thursday night as the Bearcats fell to fourth-seeded Anderson, 3-0, in the first round of the NCAA Southeast Regional Tournament hosted by Wingate at Cuddy Arena. The Trojans topped the Bearcats 25-22, 25-11, 25-14.

Lander (22-8) concludes a season in which it finished second in the Peach Belt Conference during the regular season and earned its highest NCAA Tournament seed in program history. Anderson (28-5) advances to the region semifinals on Friday.

The Bearcats advanced to the NCAA Tournament for the third time in four seasons and the fourth time in program history, while recording their fourth season with at least 20 wins in the last five years.