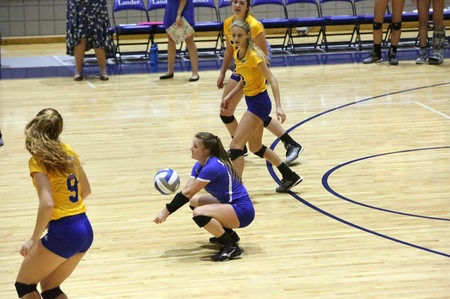 The Lander women’s volleyball team faces its final non-conference home test of the regular season on Tuesday night as the Bearcats play host to rival Erskine at 7:00 p.m. in Finis Horne Arena.

• Lander (14-3) has won its last four matches against non-conference opponents.

• The Bearcats have won their last five non-conference matches in Horne Arena.

• Erskine (5-12) enters Tuesday looking to break a 20-match losing streak in contests away from home.

• Lander is facing the Flying Fleet for the second time this season. The Bearcats swept Erskine 3-0 on Aug. 31 at the Fleet Classic.

• The Bearcats lead the Peach Belt Conference with 710 assists this year.

• A win over the Flying Fleet will give Lander its fifth home win of the season, matching last year’s total.