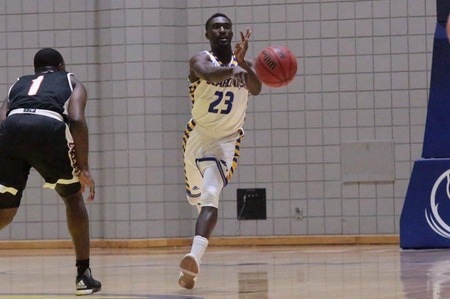 “I like our 2018-19 schedule and it brings many challenges to our team,” said head coach Steve Roberts. “Our goal never changes, we want to get to Peach Belt Tournament and NCAA Tournament as we did 2016. Having only six non-conference games means you have not a lot of time and each one of those games has its obstacles. Every team will play differently and our team will have to prepare for each game differently, which will prepare us for our conference schedule. We look forward to getting started and preparing for this schedule and season.”

Lander will play seven games this season against four teams that played in the 2018 NCAA Tournament with four of those taking place away from Greenwood.

The Bearcats open the regular season Nov. 9-10 against Anderson and Carson-Newman at the Classic at Southern Wesleyan in Central, S.C. The non-conference slate also includes home games against Tusculum (Nov. 14) and rival Erskine (Nov. 28), and trips to Livingstone (Nov. 20) and Tusculum (Nov. 24).