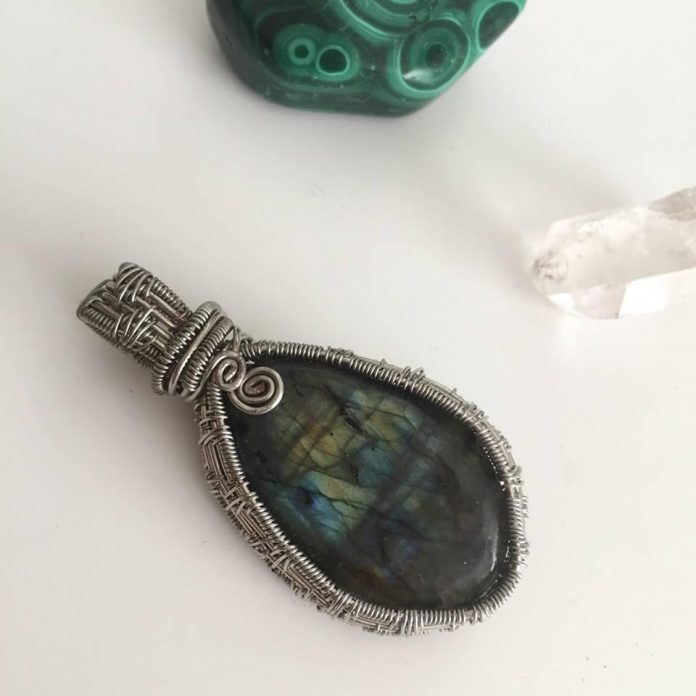 Michaela Rae Smith is a Senior Elementary Education major at Lander University, born and raised in Greenwood. Aside from her schoolwork and student teaching hours, Smith enjoys passing her time by with crafting, such as painting and crocheting. Her favorite, however, is wire wrapping.

Wire wrapping is the use of wrapping pieces of wire to create intricate designs on and around pendants and other pieces. For Smith, this is not only an enjoyable leisure time but also a calming mechanism in times of stress. Starting at a young age, Smith’s mother and grandmother influenced her fascination with crystals, resulting in her starting her own collection of precious crystals. As a senior in high school, she began wire wrapping to make some of her favorite crystal pieces wearable, little did she know the trend she would soon set. Shortly after Smith began wrapping, her close friends and relatives began asking for their own personalized pieces, and as time progressed so did the fascination with her work.

In 2017, after much debate, Smith created her own shop on Etsy. Etsy is an online buyer and seller community where individuals can purchase or sell items of their preference. Smith decided to do this so that she could share her work with people from all around.

Smith stated “I learned that I was my own biggest obstacle in starting my small business.” She went into detail claiming, “I had somehow convinced myself that it would be a big challenge to start a business and that no one would want what I had to offer if I started selling it anyway.” This is the exact opposite of what occurred. Since the creation of her business, Smith has sold items as far away as Germany, and has been contacted by interested persons from India, Korea, and Spain. Items can sell within a number of hours up to a couple of weeks from the time they are posted because of their popular demand.

The prices of each wrap range from $8.00 to around $45.00 depending on the piece. Each piece can take from 30 minutes up to 12 hours to complete, however Smith states that most of her pieces take two to three hours each, these include rings and necklaces. Smith also has some of her personalized crochet pieces available online as well. Following her graduation in December of 2018, Smith stated that she will continue to run her Etsy shop because it is a way for her to not only share her love with others, but also meet and collaborate with other artists from all around.

For more information, or to purchase your own hand-crafted jewelry, you can visit Wicked Wire Crafts on Etsy or follow her shop page on Instagram.