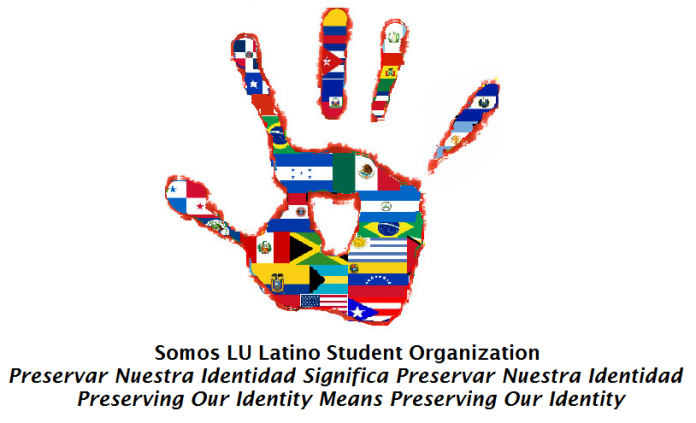 This is Somos LU’s fourth semester on campus. You might remember them from salsa night last semester or from when they brought local catering from Alicia’s last year. This month the organization will be active again, involved in homecoming and Black History Month.

Vice President Ariana Trejo said, “We want to give [homecoming] our own twist on what carnaval is for us.”

Trejo said she hopes for the event to merge African American students and Afro- Latino students as one because they both come from African heritage.

The group Somos started in the fall semester of 2016 when Trejo noticed a rise in the Hispanic population on campus. At the time there was no organization that represented the Latino population. “What we wanted to do was have a voice on campus because we were not represented,” Morales said.

The organization hosts many cultural events throughout the semester to raise awareness of Hispanic traditions, “We didn’t want to be known by the stereotypes that the media portrays us as. We want the community here at Lander to know who we truly are.”

Both of the current leaders of Somos LU are graduating soon and are hoping that the organization continues to grow and there is more involvement from the Hispanic community on campus. They hope to establish some type of scholarship for Hispanic students on campus to motivate the Latino population to come to Lander University. Even though Somos LU is a Hispanic organization it is open to anybody. Their motto is preserving our culture means preserving our identity, so they welcome all newcomers.