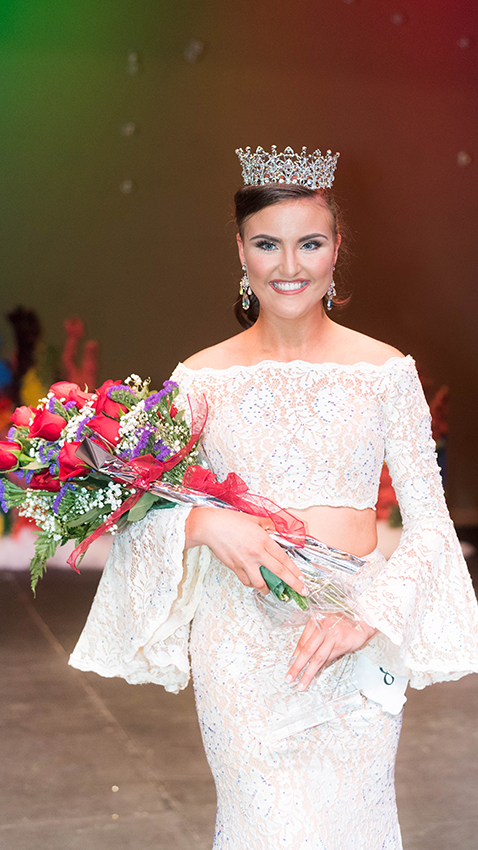 The Miss Lander University title for the 2017-2018 school year was awarded to a freshman on November 6, 2017. Arie Catherine O’Dell, the new Miss Lander University is an Early Childhood Education major from Batesburg-Leesville, South Carolina. O’Dell began competing in pageants at a young age and has been participating in them on and off since. She was crowned Miss United States Agriculture Abbeville County Teen in 2016.

O’Dell performed the musical theater dance to “Altos Lament.” She explains that she had to carefully prepare for her talent, but the on-stage question was the hardest part of her preparation. O’Dell states, “We did receive possible questions before hand, but I wanted to make sure I had an idea of exactly what I wanted to say.”

The on-stage question asked was , “What does success mean to you?” O’Dell responded with, “To me, success means finding independence in who I am . . . and knowing that I can share my true talents and passions with others. I hope that I impact their lives in a positive way.”

As Miss Lander, O’Dell will make many appearances and participate in Lander’s Open Houses. She will also attend the Miss South Carolina pageant in June to represent Lander University.

When asked what advice she would give students thinking about participating in the Miss Lander University pageant in the future, O’Dell replied with, “I would say go for it! It’s a great opportunity and allows you to get out of your comfort zone. It’s a wonderful experience.” She was shocked to receive the title as a freshman, but very thankful. She enjoys being recognized by people around campus and expresses that her pageant experience at Lander University was nothing but positive.

Curiosity Corner: The Phases of the Moon