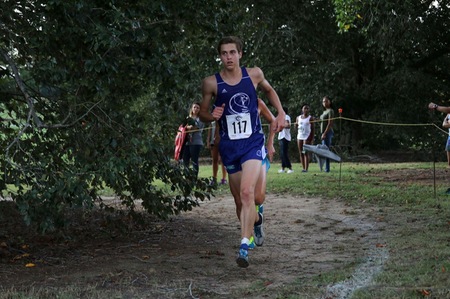 Augusta took home the prize in the team’s third PBC Championship. The Jaguars placed five of its runners in the race’s top 8, en route to the team’s first title since the year 2013.

Senior Dylan Scott headlined the Bearcats for the second time this season with a 35th-place finish and a time of 27:24.

Freshmen Joshua Chapman and Yancy Killian weren’t far behind with finishes of 66th and 67th and times of 32:16 and 32:32 respectively.

Freshman McKenna Burrows rounded out the group of Lander runners with a time of 35:46 and a finish of 69th.

Lander unable to hold off Wingate in 75-67 loss