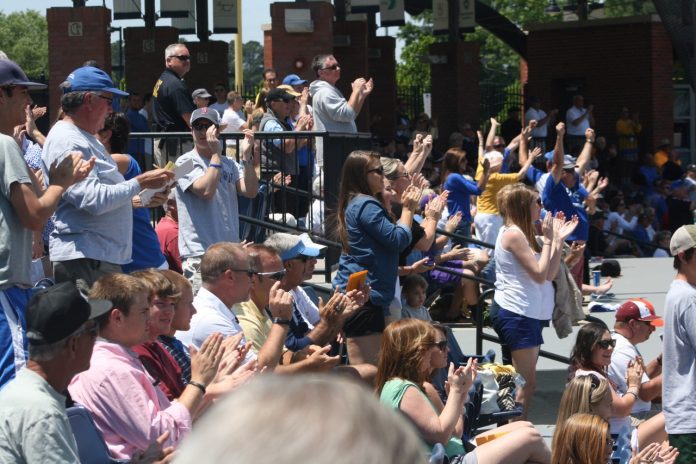 Beer and wine to be offered at upcoming Bearcat games

GREENWOOD, S.C. – In an effort to enhance the fan experience at Dolny Stadium, Lander officials have agreed to the sale of beer and wine for 11 baseball games during the 2017 season, beginning March 3.

While the measure applies to attendees 21 and older, the focus is to get more Lander alumni and the Greenwood community to support a rapidly growing baseball program.

“Our intent is to provide Bearcat fans with an enhanced game day experience with this additional amenity,” said Brian Reese, who became Lander’s new athletic director in January.

The game dates that beer and wine will be sold to fans are:

The majority of the games will be played on Fridays and Saturdays, plus one Thursday night game.

During the April 1 double-header vs. Young Harris, beer and wine will be served only during the second game.

“We will have a limit of three beer purchases per person, and we won’t have any Sunday-game sales,“ Reese said. “All patrons wishing to purchase or consume beer/wine must be of legal age and must present proper identification showing they are of legal age.”

Patrons wishing to purchase beer or wine will be issued a wristband once they show proper identification. Beer/wine sales will begin 30 minutes before the first pitch and conclude at the end of the seventh inning.

Partnering with Lander in this new measure is former Lander alumnus Kevin Prater, ’84, one of the owners of Sports Break, a popular local hang-out for both alumni and students.

“Beer and wine sales are new to Lander baseball concessions,” Prater said, “but even without them, people get to come and watch some really good baseball.”

In recent years, Lander has had one of the top baseball programs in the southeast – making its second appearance in three years in the NCAA Division II College World Series in 2016.

“We have a beautiful facility, an excellent game day atmosphere, and we have a great local business partner in this amenity to help us add to the fans’ overall experience.” Reese said. “And if the beer and wine sales work well for these 11 games, we’ll revisit the idea of selling them at more games.”