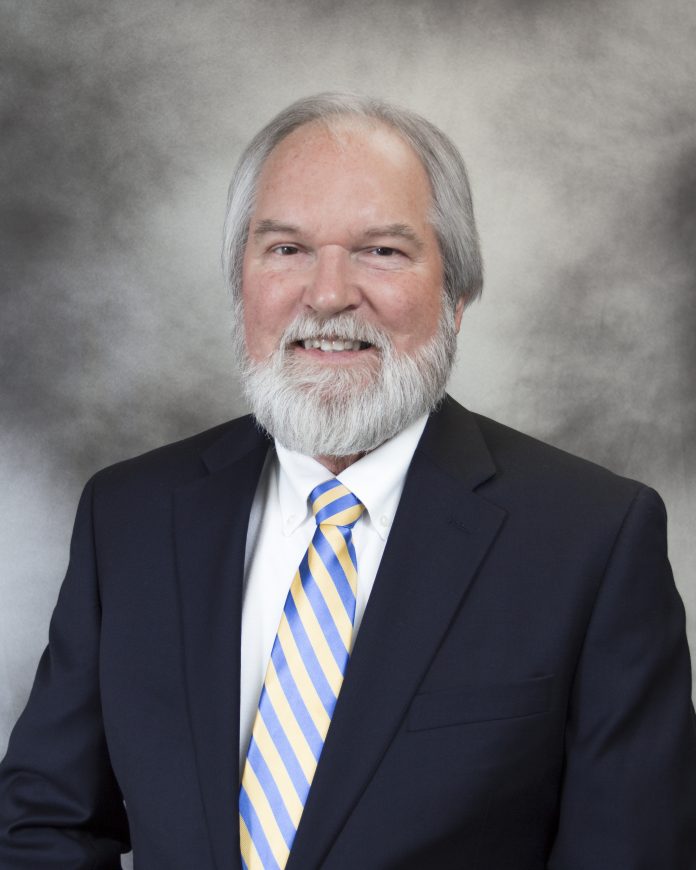 The award is presented annually to an alumna or alumnus who has distinguished themselves in their chosen field; is involved with civic, cultural, educational, and/or church activities; and has manifested special interest in Lander University with their time, talents and resources.

Awarded the Bronze Star for his military service in Vietnam, Ridlehoover earned a Bachelor of Science degree in biology with minors in chemistry and physical education from Lander in 1967, before receiving his Master of Science from Converse College.

His continued loyalty to his alma mater includes a tenure on the Lander Alumni Association board, which began in 2010 and includes stints as board president and vice president; service as a board member for the Lander Foundation; and active membership in the Upstate Lander Tower Club, which is designed to build camaraderie among area Lander alumni, current students and prospective students.

In addition to teaching science at high schools in North and South Carolina, Ridlehoover enjoyed a career of coaching high school soccer for more than four decades and an overall record of 410 wins, 230 losses and 27 ties.

In 2003 he served as coach for the McDonald’s All American Match, and later coached in the 1st Annual North-South Soccer Classic for North and South Carolina in 2007.

“Frank is truly one of the pioneers of high school soccer in the Palmetto State,” Brookland-Cayce High School coach Kevin Heise said. “His contributions have not only touched the schools that have been fortunate enough to have him lead their soccer programs, but the entire state of South Carolina through his unselfish contributions to the promotion of prep soccer for the last four decades.”

Frank is married to Debi Ridlehoover. The couple has one daughter, Ashlyn Rizzo, and son-in-law, Brian.