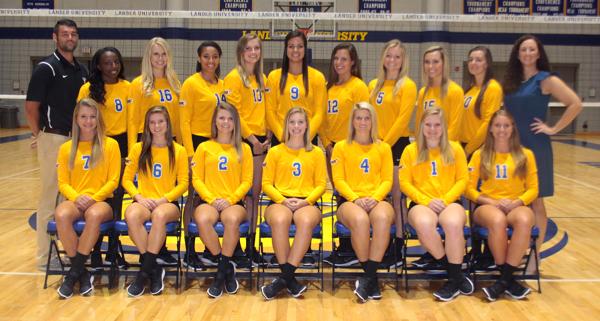 The Lander University Volleyball team is starting off strong and setting records along the way. They went to the USC Aiken Invitational where they swept Belmont Abbey and beat Lenoir Rhyne.

Senior, Kendall Korte, said she is very optimistic about this season:

“We have that fire this year that I’ve never seen. We went hard this preseason and it shows so far.”

Korte has started and played every match since she came to Lander in 2013.

Ashley Stathus, coach, look at Korte as one of the few leaders on the team. “She is one of those players that practices what she preaches. She always does the right thing on and off the court. I really think the girls appreciate that and its what drives us as a unit.” Stathus set high standards for the girls this season. They set a record of the best season in school history last year, making it to regionals, and she hopes to make it even further this year.

The Lander Bearcats take on Mount Olive and Eckard this Saturday.

Lander President to Deliver State of the University Address Sept. 19