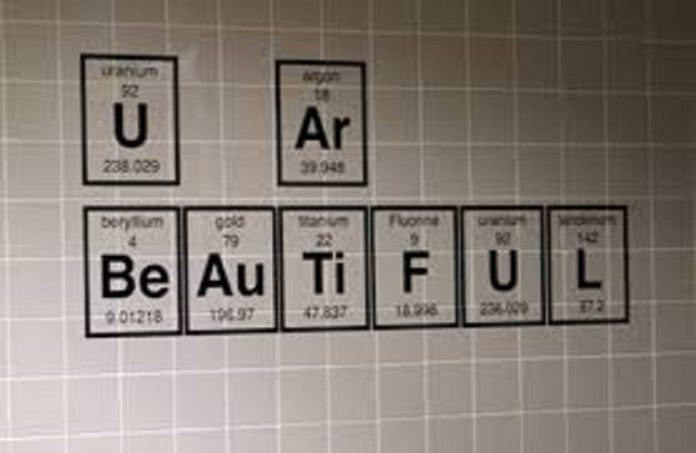 “You Are Beautiful” Campaign continues to Put Smiles on Faces 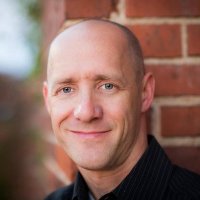 of how something so small can change people lives. It all started when Art Professor Jim Salgle got inspiration from Matthew Hoffman one of the advocates and founders for the campaign.

As stated by Slagle, Hoffman considers himself as the “custodian” of the campaign but does not take credit for his achievement, and any money that is made from this campaign goes back into his nonprofit business to further promote his cause. The “You Are Beautiful” campaign has reached thousands of people worldwide.

This all began in Chicago 12 years ago when Hoffman wanted to relay to his friends their self-worth. He started out with stickers and then it took off on a bigger stage with huge murals, and also extravagant paintings with the concept “You Are Beautiful” written all over them. 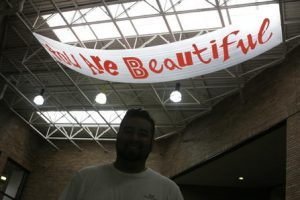 This is where Slagle takes a hold of it and expands it across the greenwood area and on the Lander University campus, and to help further expand his cause he asked students as a class project and they were asked to relay this message in their own hometowns during spring break of course. The project was successful, so Slagle wanted to expand the idea to show the students and the faculty that they were indeed beautiful.

This campaign has given people the courage to look in the mirror and accept what they have been given. Danielle Walton explained, “I can smile again knowing that there are people that sometimes feel like me, and that I’m not alone.” This concept of the “You Are Beautiful” campaign touches the lives of so many students on campus, and all of this has stemmed from a small idea from one person trying to help friends their self-worth. 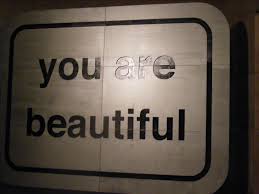 This event has sparked many individuals to look within themselves and accept themselves for who they truly are. Jamecia Thompson stated, “Sometimes you have to ignore what those negative inner thoughts are telling you and be the best you that you can be.”

This project has assisted in people finding their inner beauty and their own self-worth and since this is a positive message, no one has been against spreading the message as Slagle stated, “It has been a rewarding experience.” These words couldn’t ring more true, so whenever you’re feeling down and you happen to be at Lander look at the brick tiles in the culture center and look up it might put a smile on your face.