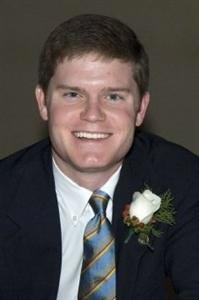 By Preston Goforth,
With a general election looming in November, it is an exciting time for the Political Science department. Dr. Lucas McMillan, chair of the Political Science department, described this election year as a unique time for the department and for world politics in general.
McMillan stated that he has had an increase in students this semester, but noted that the increase could be due to fewer sections of classes being offered and not necessarily the election. Ben Taylor, a Political Science major, said that it has been an interesting election cycle, and that being a Political Science major has added to the interest of this election. Taylor, who served in the Army for four years prior to coming to Lander, also added that his experiences gave him a new perspective on politics, and that he sees an importance in the election this year.
Regarding the United States Presidential election, both McMillan and Taylor noted a lack of discussion of policies on both sides. “This election is one of the least policy–focused I have ever seen,” said Taylor. According to McMillan, the election this year has featured more name-calling by candidates on both sides than discussion involving the candidates’ policies, saying, “

The rhetoric of American politics right now is embarrassing.”

One of the main themes in world politics that McMillan said he has noticed from this election year has been a frustration toward government. He added that the popularity of both Hillary Clinton and Donald Trump are significantly lower than candidates in previous elections.
According to McMillan, this presidential election has been significantly different from elections in years prior.
“This election cycle has violated all norms of politics,” said McMillan. One aspect that McMillan stated is different this year is that negative attention to the candidates seems to help rather than hurt them. Another aspect he noted as being an abnormality in this election is the possibility of Clinton winning South Carolina, mentioning that he has seen several recent polls suggesting a lead for Clinton over Trump in a state which McMillan said is typically expected to vote for the Republican candidate.
For voting in the November election, both McMillan and Taylor said that everyone should vote if they are able. Hannah Cowan, a Political Science major, had similar thoughts on voting, and added that not enough people care. “People take the right to vote for granted,” Cowan said, also stating that voting is important for the future of the political system. McMillan said that Lander encourages students to get registered to vote and to vote in local elections as well as national elections.
Randy Bouknight, Vice President of Student Affairs, echoed McMillan, but said that while Lander has had voter registration drives in previous years, including several last year, he has not yet been contacted by registration representatives for a drive this fall.

The Place to Be: Lander President cites impressive growth in State of the University address

Want to join an on campus ministry? MCM is the place...