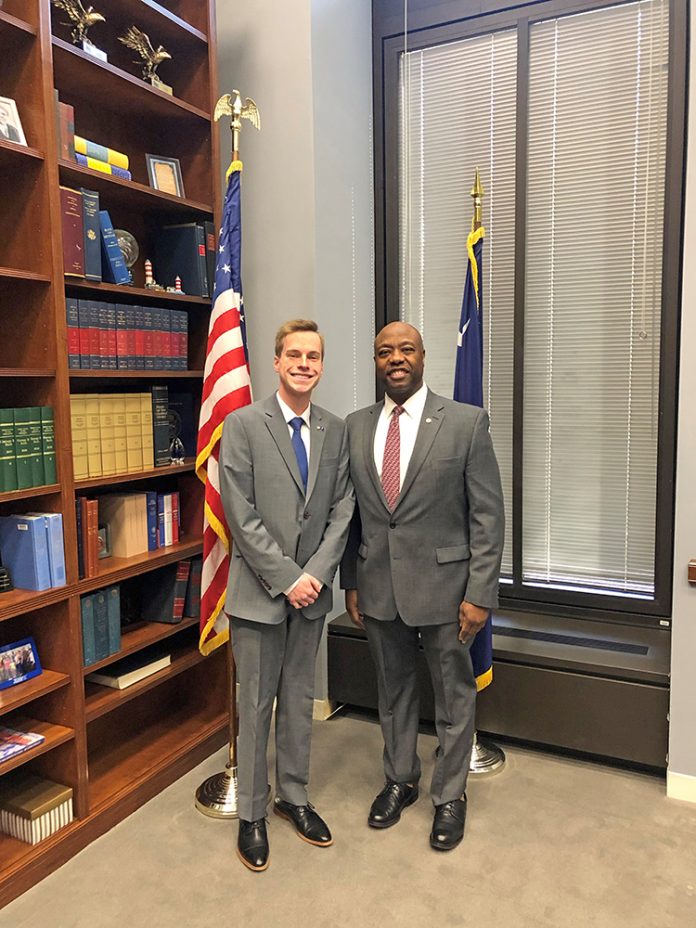 Through the Washington Semester program, Lander University junior Jake Powell, of Mauldin, had the opportunity to discuss pending legislation in the United States Senate with Senator Tim Scott.

Powell, a political science major with an emphasis in public administration, is interning with Senator Scott’s Washington, D.C. office this semester. He described his experience as an “amazing opportunity to live, study and work in the nation’s capital,” while also giving him “a firsthand understanding of the legislative process, and has provided real world experience in a government office.”

Powell is one of two Lander University students participating in the South Carolina Washington Semester program. Kara Dorrity, a junior political science and Spanish major from Summerville, is also interning in Washington with Senator Lindsey Graham. As part of her internship, she has been able to attend hearings of the Senate Judiciary Committee and Foreign Relations Committee, and had the opportunity to observe the first day of the impeachment trial of President Donald Trump from the senate gallery.

Makins Joins Lander Board of Trustees