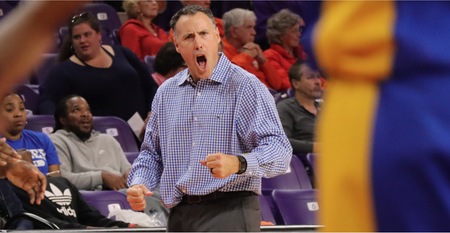 The regional coach of the year honor is Pederson’s second in his 15-year career at Lander.

Pederson guided the Bearcats to their highest winning percentage in nine years as they posted a 26-5 record, won the Peach Belt Conference regular season and tournament championships, and earned the No. 1 seed in the NCAA Southeast Regional.

Along with collecting WBCA Regional Coach of the Year Honors, Pederson also tallied his 300th win at Lander on February 22 with a victory over Flagler, while earning the 400th win of his collegiate coaching career in the Bearcats’ PBC Tournament championship win against North Georgia.

By winning regional coach of the year, Pederson was tabbed as one of eight finalists for the U.S. Marine Corps / WBCA National Coach of the Year Award that was given to Drury’s Molly Miller.

Jaguar Invitational rescheduled for Sept. 22 due to Hurricane Florence