Lander Emeritus Professor of Music Dr. Tony Lenti retired in 2009, but that hasn’t stopped him from teaching.

“I teach pretty much what I was teaching before I retired. It’s only my business status that has changed. I teach music history, I teach piano, I teach music appreciation.”

The 73-year-old Lenti recently began his 50th year on the job, with no immediate plans to quit. If his older brother Vince can do it, he asks, why can’t he? Vince, who is 81, still serves on the faculty of the prestigious Eastman School of Music, with plans to work several years more.

“I’d be crazy to sit home and put my feet up in the morning and read a newspaper when I can come to school and interact with energetic and interesting young people,” Lenti, a native Long Islander, said.

Teaching allows him to vent some of the energy he used to put into performing with his wife, Marianne, who was forced to retire from teaching and performing in 2003, because of migraine headaches. The Lentis team taught for twelve years in the Summer Honors Program of the South Carolina Governor’s School for the Arts. During the same time, they served as the piano ensemble faculty for the Chamber Music Conference of the Interlochen Center for the Arts in Michigan. They played together for more than 40 years, appearing in such far-flung places as London, Milan, Warsaw and Bermuda, as well as in 33 of the 50 states, and recording fourcompact discs.

“Performing was a very important part of our life. When it was no longer possible for us to do that, I needed an outlet. So I’ve taken all of the energy and put it into the teaching,” he said.

Longevity isn’t the only thing that runs in the Lenti family. Musical talent does, too, although Lenti is reluctant to say so himself. His grandfather, bandleader Vincent Rose, wrote the music to standards like “Linger Awhile,” recorded by Sarah Vaughan, and “Blueberry Hill,” made famous by Fats Domino.

His mother, Anna, was an amateur songwriter and composer of children’s music. His son, John, is a successful freelance musician specializing in Renaissance and Baroque music.

It was Vince, named after his grandfather, who was primarily responsible for inspiring Lenti to go into music.

“As is fairly typical, I sort of said, ‘I want to do what my big brother is doing.’ When I was a junior in high school, I applied to Eastman, was granted kind of an early acceptance, and it was straight sailing from there.”

In 1970, Lenti was invited to a job interview at Lander without ever applying for the job. He had applied for a vacancy at Erskine, which ended up hiring Lander’s piano teacher. Erskine attempted to make amends by sending to Lander — which by then was advertising its own vacancy — the applications that it had received.

“When they looked at the Lander applications, Roberta Major, who was chair at the time, said, ‘I want to look at this Lenti fellow.’ So I get this phone call, ‘I want you to come for an interview to Lander College.’ And I’m saying, ‘I never applied to any place called Lander College.’ But I came to Lander College, and the rest is history, as they say.”

One of the things that Lenti remembers most vividly about Lander fifty years ago is the “sense of community that you can only have in a smaller university or college. In a manner of speaking, I sort of miss those days.”

At graduations then, he would know about one out of every three students.

Husband-and-wife teams were common at Lander during the 1970s and 1980s. Along with the Lentis, there were the Rattés, the Cummings, the Huttos, the Hares, the Hornes, the Guinns and others.

Lenti said that he has enjoyed the diversity of the teaching that he has been able to do at Lander.

“I have always taught piano, and I’ll always enjoy teaching piano, but some of the other stuff, like the Music History and the Music Appreciation, I’ve come to value greatly. I would hate to give it up,” he said.

The highlights from Lenti’s career as a performer would fill a book. One was the concert that he and Marianne gave in Florence, Italy for Philip Habib, chief of staff for the U.S. delegation to the Paris Peace Talks during the Vietnam War, who was traveling around Europe with his wife during a break in the negotiations. The performance came about as the result of a meeting between the newly married Lentis and Joseph C. Wheeler, U.S. consul general in Italy, who heard them play and was impressed.

The Lentis answered that they played them all the time, and Wheeler said, “‘Well, then, play duets for your concert.’”

Lenti said, “We thanked him, shook his hand, went to the music store, bought duets and learned them! Let us say that our introduction to playing duets was by invitation, with a little white lie along the way.”

When asked to identify his favorite composers, Lenti demurred. “I love Chopin,” he said. “But sometimes when I’m playing Beethoven, I say, ‘This is my favorite.’ When I’m playing an arrangement of ‘Danny Boy,’ that’s my favorite. An individual piece as you are performing it, provided that you’ve thought about it enough, can be immensely rewarding, and you say, ‘This is the best stuff in the world.’”

Lenti prefers classical to popular music, because of its greater complexity and development of ideas, but he’s not necessarily averse to pop. The fourth CD that he recorded with Marianne is a collection of popular song arrangements. “The greatest music of America, I feel, is not our operas and symphonies, it’s our popular song legacy,” he said.

Lenti was asked why, in his opinion, music is important. “It is capable of expressing the most noble and grand ideas of the human race,” he said. “It has a profound meaning that not too many other things do. We sing at funerals, we sing at weddings, we use music at important times in our lives.”

As an example, he cited the Greenwood-Lander Performing Arts production that he attended the night after the terrorist attacks in 2001, which began with a GLPA board member stepping onstage and leading the audience in a version of “God Bless America.”

“I always felt that was symbolic, that at a time of stress and confusion and anger and a lot of dark emotions, what did we do? We turned to music, and we sang along with him.”

Lenti’s former students speak with one voice when asked what they think about him. Retired Greenwood High School band director Byron Hilley described him as “the consummate professional. He somehow managed to not only keep us awake during his 8 a.m. music history class, but to make it interesting as well!”

“My final exam in that class was to play ‘Lavender Blue’ out of our method book. Such a simple little tune, but he treated it — and me — as if I were performing Beethoven onstage at Carnegie Hall.”

Olivia Huggins, a 1980 graduate of Lander, recently retired after serving for 38 years as a public school musicteacher. She still gives piano lessons, however, and still serves as the organist and pianist at St. Paul’s Waccamaw United Methodist Church in Pawley’s Island.

She remembered Lenti’s saying that the accomplishments of the great composers “were 20 percent talent and 80 percent development of their skills.” She credited him with teaching her how “to assess a score and create a timeline for rehearsal.”

As an 18-year-old college freshman, 1996 graduate Jenny Bradley saw Lenti as “the quintessential professor, intellectual and serious. But as I got deeper into my education, I discovered he is a gentle and very funny soul who cares intensely for his students.”

She learned much more from him, she said, than just piano technique and the history of music.

“His infectious passion for music has been passed on to thousands of students, I’m sure. I still have the notebook with his notes and comments from all my private piano lessons in which he’d make funny little side notes. A very fond memory is playing the Liszt Hungarian Rhapsody No. 2 with him as a duo in my senior recital.”

Bradley, who runs a music school in New York City based on the philosophy that anyone can learn and enjoy music, called Lenti “a huge influence in my life.”

“Dr. Lenti is one of the finest musicians and teachers I have ever known,” she said. “His gentle spirit, his clever wit, and his absolute wealth of knowledge and musicianship have markedly contributed to the success of Lander’s Department of Music for decades. Not only is he a pleasure to work alongside, but he carries with him a history of Lander College, now University, that no one else on campus does. He is steeped in the tradition of Lander and, at the same time, is always looking forward to assist the next millennial music student.”

Lenti recalled a millennial he taught in a recent class, whom he remembered as “always interested. There was that sense that I was giving out energy and it was coming back to me from her. And ultimately I think that’s why we teach. We have something important to say, but it is only when it comes back to us, when you are eliciting some sort of intellectual curiosity, this is why you teach.”

Lenti was asked how he would like to be remembered.

“I think anybody who teaches would say they want to be remembered as somebody who cared for students, and had something worthwhile to say. You want people to like you. You want them to say, ‘Tony Lenti, he’s a great guy.’ But you also want them to say, ‘Tony had some important ideas that he shared.’ And in certain cases, maybe I changed a life in a positive way. If somebody remembers me that way, I’ll be happy.” 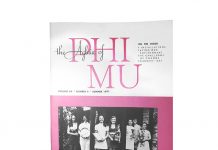 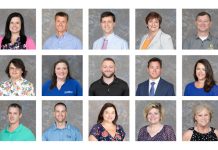 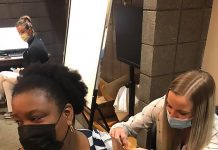