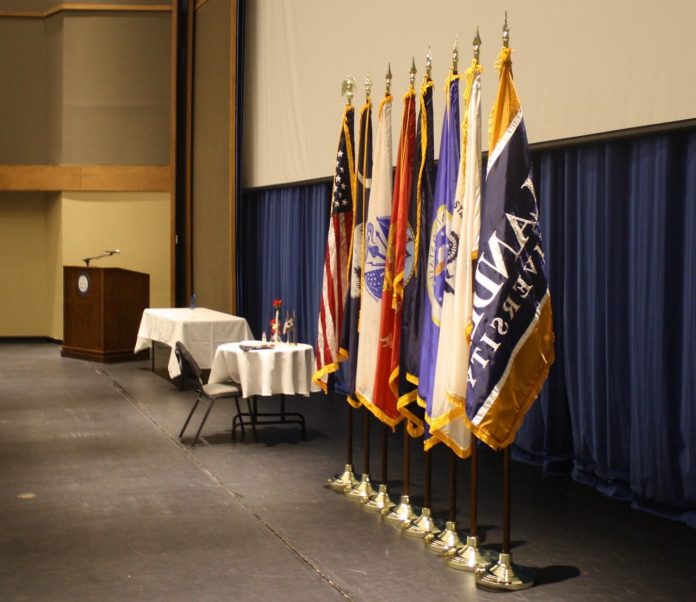 “Without these heroes and their families, the United States of America would not be what it is today,” said Barbara Livingston, wife of South Carolina Adjutant General Robert Livingston, just before 17 veterans were inducted into the Greenwood County Hall of Heroes on Sunday, Nov. 4.

Livingston was the keynote speaker for the induction ceremony, held in Lander University’s Abney Cultural Center Auditorium. As the wife and mother of a military family, she spoke of the sacrifice made by those who serve in the armed forces and their family members. “It is an incredible honor for me to be here with these heroes, and not only these heroes, but their families, as well,” said Livingston.

The ceremony included an armed forces medley, and a Missing Man Table presentation honoring prisoners of war and those missing in action.

According to Lander’s Director of Military and Veterans Services Chris Giles, the Hall of Heroes program was founded in 2005 to honor veterans from both Greenwood and Laurens counties. Since then, the program has grown into two separate programs for both counties. Giles told the crowd that the university is honored to help the Greenwood community continue this tradition.