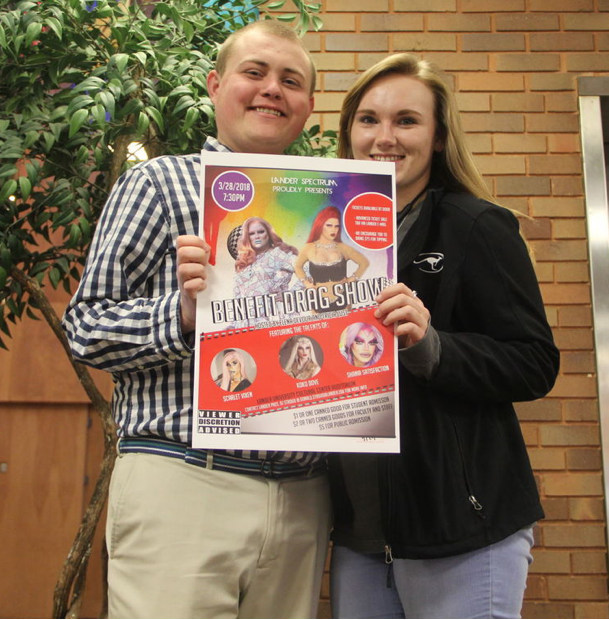 The Lander Drag show took place on Wednesday 28th of March in the University auditorium. This event was held in order to recognize the “Lander Spectrum” which is the gay/straight alliance on campus. The show consisted of males who dressed up and wore make up whilst lip syncing songs and also some live performances. This was the first time hosting a benefit drag show.

Dr. Daniel Harrison and Professor Linda Carson were the advisers of the event. Speaking on the event, Harrison said, “I am very pleased we were able to host such a great event. Our aim was to raise awareness of sexuality differences. Everyone who was involved played a massive role in making the event run smoothly, and I am very happy with the night.”

Julia Roberts, a Lander student who attended the event said, “The night was really fun, I have never been to a drag show before, and I really enjoyed it. I think it’s great that Lander supports all sexualities. I hope they do an event like this in the future.” She added, “The people who performed were amazing.”

The event was held to raise money for the ‘Lady Gaga’s Born This Way Foundation’ as 75% of the money raised by the event went to this foundation. The show had performers who were from Columbia, South Carolina, Miss Augusta pride 2017, Georgia and local Greenwood Queens. The remaining 25% of the raised money will be going back into the Lander Spectrum organization to help ensure that this event can continue and become a new tradition.

Lander Offers Program on the Fall of the Berlin Wall

Want to Try Something New and Fresh…

New FX Series On The Rise