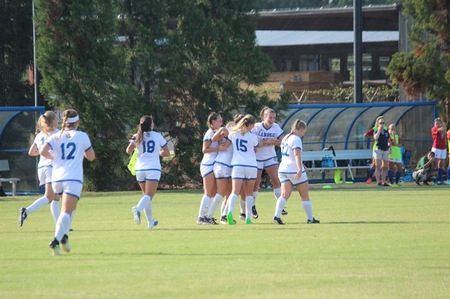 GREENWOOD – The Lander women’s soccer team fell to No. 15 Columbus State in a 2-1 overtime decision on Saturday afternoon at Van Taylor Stadium.

Lander held Columbus State off the board for the final 15 minutes to force overtime. The extra period marked just the second time in 16 meetings that the Bearcats and Cougars had gone to overtime and the first time since 2004.

With just over five minutes remaining in the first overtime, Jerrell headed in a free kick from Kimmy May to allow the Cougars to escape with the win.

Lander returns to action on Wednesday, Oct. 4, as the Bearcats travel to North Georgia for a 5:00 p.m. match with the Nighthawks.