Ryan Ball, Marcus Johnson, and Pamela Mitchell, the three remaining theatre emphasis majors at Lander University, will each be directing a one-act play to be performed at 8:00 p.m. on March 30 and 31 and 3:00 p.m. on April 1 in the Greenroom Studio, CC 220. The performances will be free, FALS-approved events.

Johnson will be directing “The Unwanted” by Walter Wykes, a drama centered around Dan, a widower mourning the death of his wife, Liz. Dan attempts to move on with the help of his new love interest Emma, but is haunted by the ghost of his wife. Johnson stated that he chose to direct “The Unwanted” because, “It has very dramatic, sexual, vulnerable moments, and I wanted to challenge myself as a director to see if I can bring out these moments in the actors I chose.”

Auditions for the plays were held Wednesday, January 18 in the Greenroom Studio. After reviewing the candidates, Johnson decided to cast Chaz Giles, Hannah Gallant, and Kristin Ollison as Dan, Emma, and Liz, respectively.

Johnson added, “I would also just like to mention that I’m really excited about this production and can’t wait to watch my actors bring my vision to life.” 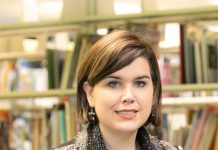 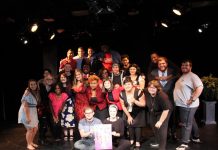